Elder abuse, elder neglect, and medical negligence are types of nursing home abuse that affect many vulnerable Indiana residents. Since many nursing home residents have limited ability to report abuse or neglect, it’s left to family and friends to report suspected occurrences. Most abuse or neglect cases are settled out of court, which saves valuable time in compensating victims. Understanding how to spot and handle neglect and abuse can help you protect a loved one. Since many nursing home residents have a limited ability to advocate for themselves and report abuse or may also feel afraid to tell others, family and friends should watch for signs of abuse, including:

Yes. Many nursing home abuse lawsuits are resolved through settlements that avoid a court trial, a figure that can exceed 90%. Defendants pay the victim or the victim’s family, and the case is dismissed. Settlements cover medical bills, pain and suffering, and other related expenses incurred from the elderly abuse or elderly neglect incident. This process can take several months, as both sides must compile evidence to make their cases.

Settling a lawsuit saves the time and expense of a trial and ensures the plaintiff will receive compensation. Attorneys typically guide clients toward settlements, but this decision ultimately lies with the client and can vary depending on the circumstances.

What Are the Advantages to Settlements?

Settling an elder abuse case out of court has advantages and is often a quicker way to receive compensation. Settlements have benefits, such as flexibility, more privacy, prompt payment, fewer legal expenses, and reduced stress. Saving time is also important, as victims of this type of abuse or neglect should receive needed compensation while they’re still with us. Trials may be needed when plaintiffs seek more money or where the defendants aren’t cooperative with requests to settle. Trials could result in more significant awards, but they could also be decided in the defendant’s favor and result in no award.

How Much Is a Typical Settlement?

Nursing home abuse settlements vary widely depending on the circumstances of the case but can average around $400,000. Several factors affect the settlement amount, which can exceed one million dollars. Evidence and other critical information are needed to maximize compensation. The jurisdiction also affects the amount of a settlement, as state and local laws where the elder abuse took place affect how a case is handled. Award amounts may also be based in part on precedents set by other cases.

The type of case affects the settlement amount. Nursing home abuse lawsuits may include personal injury or wrongful death claims. Both types of claims seek to prove the action or inaction of the nursing home staff or owners, such as abuse, medical malpractice, or negligence.

How Does the Settlement Process Work?

An experienced attorney can guide this process, which is similar to a medical malpractice claim. Settlements may be agreed upon without a trial or during a trial. The settlement process typically includes the following steps:

Who Is Liable for Nursing Home Abuse?

Nursing homes must follow many Indiana and federal laws designed to protect the rights of nursing home residents. Residents have rights, including a safe environment, access to records and care plans, the ability to file a complaint, privacy, and the ability to refuse treatment and be free of restraints.

Residents or their family members may take legal action for abuse or violation of a resident’s rights. The nursing home is ultimately responsible for the action or inaction of its staff while they’re working. Individual employees may also face liability depending on the situation. Nursing homes may be liable for several situations, including negligent training or hiring of staff, inadequate security, inadequate infection or virus control, and unreasonable restraining of residents.

What Should I Do if I Suspect Nursing Home Abuse?

Family and friends often need to step in and advocate for loved ones who show signs of suspected abuse or neglect since the one being abused is often unable or afraid to report it. Less than 10% of abuse incidents are reported, and national figures show about 10% of adults over the age of 60 are victims of some form of abuse or neglect.

Indiana law requires suspected abuse to be reported to a law enforcement agency or Adult or Child Protective Services. There’s also a Patient Abuse and Neglect program that is part of the Office of the Indiana Attorney General. Documenting suspected abuse is an essential step in building a case. If you believe a family member is a victim of elderly abuse in Indiana, contact Alvarez Law for a free consultation. We will review your claim and guide you through the next steps in obtaining a fair resolution for your loved one. 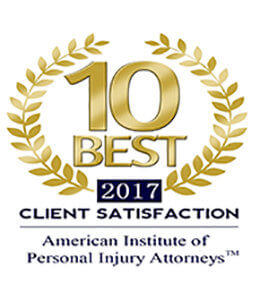