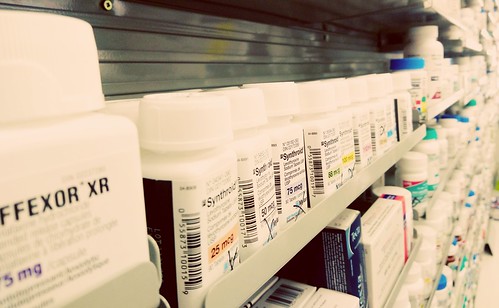 A man in Virginia had an appointment with his cardiologist to go over the results of his checkup. During the checkup, the cardiologist gave the man a positive report and told him to stop taking his heart medications. However, a few months later, the man suffered a crippling heart attack. In the years after the heart attack, the man had to have seven surgeries and even required a heart transplant. He sued the cardiologist and won $25 million.

Julie Andrews is best known for role as Maria von Trapp in “The Sound of Music.” In 1997, she was diagnosed with a lesion on her vocal cords that was causing her some vocal issues. Her doctor gave her the option of having surgery on her vocal cords to remove the lesion. She was told there was no risk to her voice, and she’d be able to sing again in just a few weeks.

Unfortunately, the surgery scarred Andrews’ vocal cords. She was left with a raspy speaking voice and her singing voice was gone. In 1999, Andrews filed a lawsuit against her doctors and the hospital. She claimed no one told her about the risks of the surgery and the results ruined her career. A confidential settlement was reached in the case.

When 17-year-old Jesica Santillan needed a double-lung and heart transplant, she and her family turned to the doctors at Duke University Hospital. Unfortunately, at the time of the transplant, nobody checked to make sure the donated organs matched Jesica’s blood type. Once doctors realized their mistake, they tried to cover it up before attempting to find another donor. By that point, Jesica had suffered fatal brain damage and it was too late. Afterward, the doctor took responsibility for the error, and the hospital created a new system to make sure a similar error would not happen again.

When Kim Tutt was told she had cancer in her jaw, her doctors gave her three to six months to live. However, they also said she might be able to extend her life another three months if they operated and removed a large section from her jaw. Since Kim had two young children at the time, she agreed to the surgery. After the surgery, her doctors called and informed her that her biopsy was cross-contaminated. She likely never had cancer in the first place, but she was left permanently disfigured from the surgery.

When Donald Church went to the University of Washington Medical Center in Seattle in 2000, he was supposed to have a tumor in his abdomen removed. While surgeons were successful in removing the tumor, they also left something behind. After two months of pain, Church discovered surgeons had left a 13-inch metal retractor in his body. He sued the hospital for medical malpractice and recovered $97,000.

In 1995, 52-year-old Willie King was supposed to have a diseased leg amputated. Instead, Dr. Rolando Sanchez removed the wrong leg. Unfortunately, numerous mistakes led to the incorrect amputation. The wrong leg was listed on the operating room schedule, the operating room blackboard, and the hospital’s computer system. The staff had even prepped the wrong leg for surgery before the surgeon arrived. The hospital and surgeon settled the malpractice case for $1.15 million.

When patients are given general anesthesia before surgery, they typically get two types. The first one is a paralytic to prevent movement, and the second one is anesthesia to prevent pain. When Sherman Sizemore underwent surgery in 2006, the paralytic was properly administered, but the anesthesia was not. That meant he could feel everything, but he couldn’t speak or move. The medical team didn’t realize this until 16 minutes into the surgery. Sizemore’s family sued the hospital, and the case was settled confidentially.

Liana Gedz gave birth to her first child by caesarian section with help from Dr. Allan Zarkin. However, the day after the delivery, Gedz held up a mirror to her abdomen and discovered that the doctor had carved his initials, A. Z., into her skin. The hospital immediately suspended the doctor. Gedz and her husband then sued the doctor and the hospital. The case was settled for $1.75 million. Zarkin was also sentenced to probation after pleading guilty to assault.

Arturo Iturralde needed back surgery to have titanium surgical rods inserted into his spine. However, after beginning the procedure, his surgeon, Robert Ricketson, couldn’t find the rods. So he decided to improvise. He removed the handle from a screwdriver and used this piece of metal in place of the rods. A few days later, the screwdriver rod broke. Iturralde required numerous additional surgeries to fix the problem. Sadly, he passed away due to the complications. His estat

In 2007, Rhode Island Hospital was in the news for all of the wrong reasons. During that single year, the hospital made three disastrous medical mistakes by performing brain surgery on the wrong side of three different patients. Two of the errors were caught early enough that surgeons were able to close holes and operate on the correct side. Unfortunately, one error was not caught in time, and it killed an 86-year-old patient.

We hope you never need a malpractice or personal injury attorney. However, if you do, we have experienced medical malpractice attorneys who can make sure you are taken care of and fairly compensated. Contact our office today to learn more about the healthcare errors that we can handle.